In “Next Muse” episode 105 of my new webseries Off Off, a new muse auditions for the guys and impresses them with her Shakespeare. Meanwhile, Cecil, who runs the comedy club in the space downstairs, barges in with list of complaints against the theatre.

The regular cast is Stephen Bittrich, David Marantz, Dan Teachout, Robert Arthur Wilson, Dennis Gagomiros, Lisa Peart, Don Carter, Kendal Rileigh, and Kirsten Benjamin.  Director of this episode is Katie McHugh.  Our DP is John Painz.  The theme song, “Here We Go Again,” was written and performed by Sal Clemente of the Ultrasonic Rock Orchestra.  Thanks to Soho Playhouse for the setting.

“A new webseries for people who NEVER give up on their dreams.” 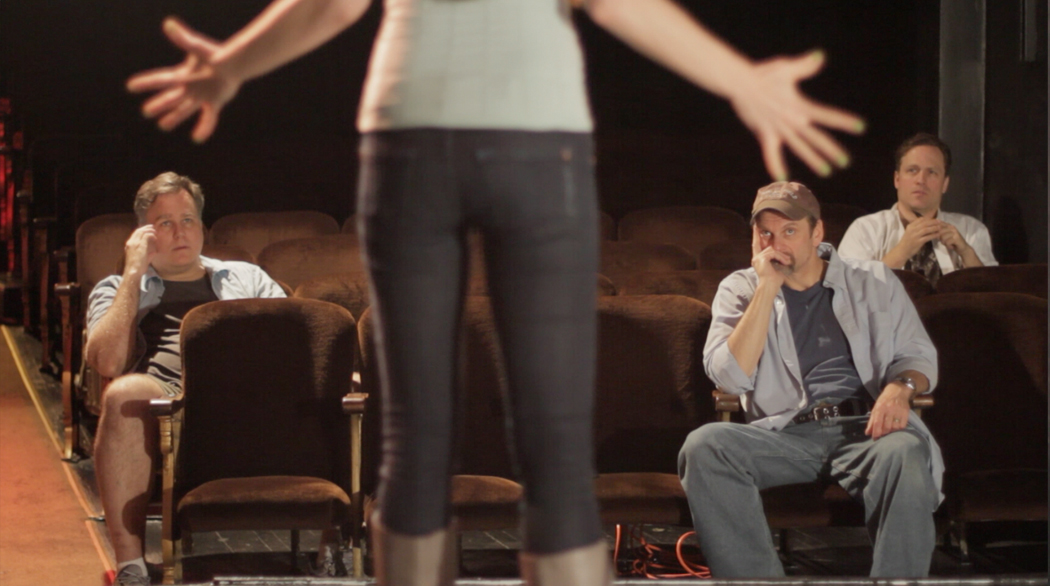 Helen, the “new muse,” performs for the guys of the theatre. 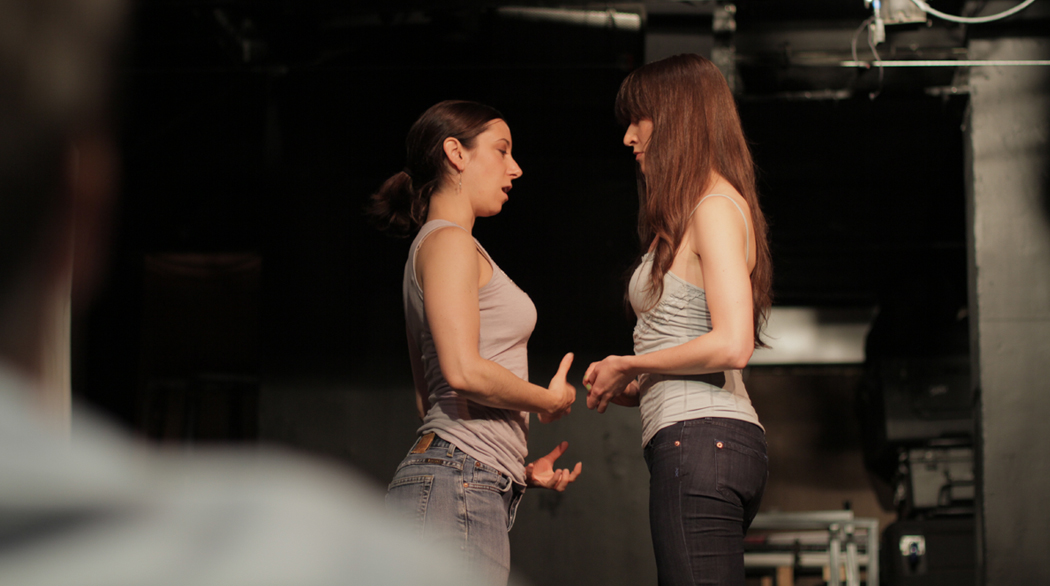 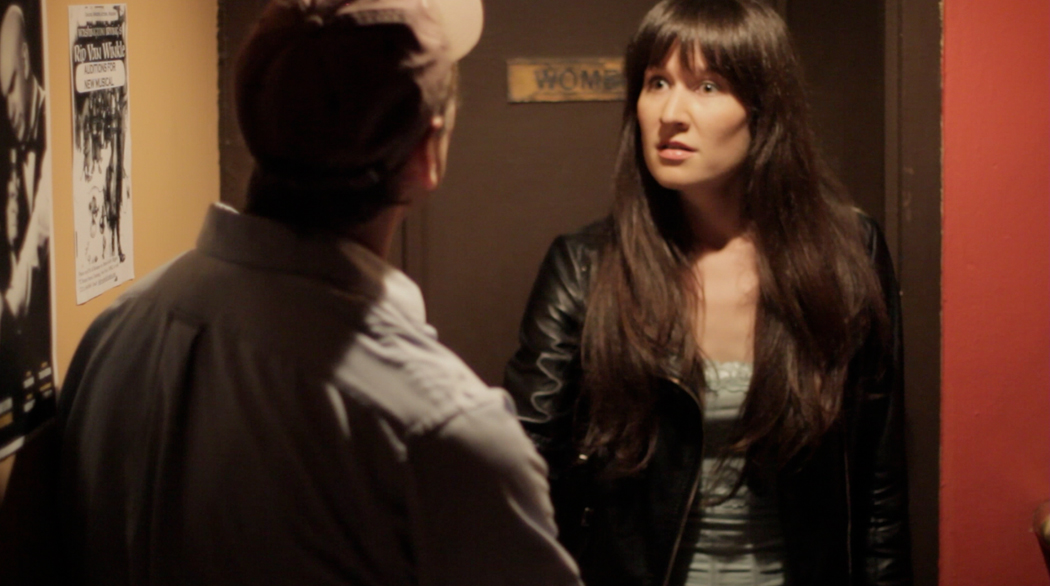 David Marantz as Carlton (aka Jim) and Kirsten Benjamin as Helen. 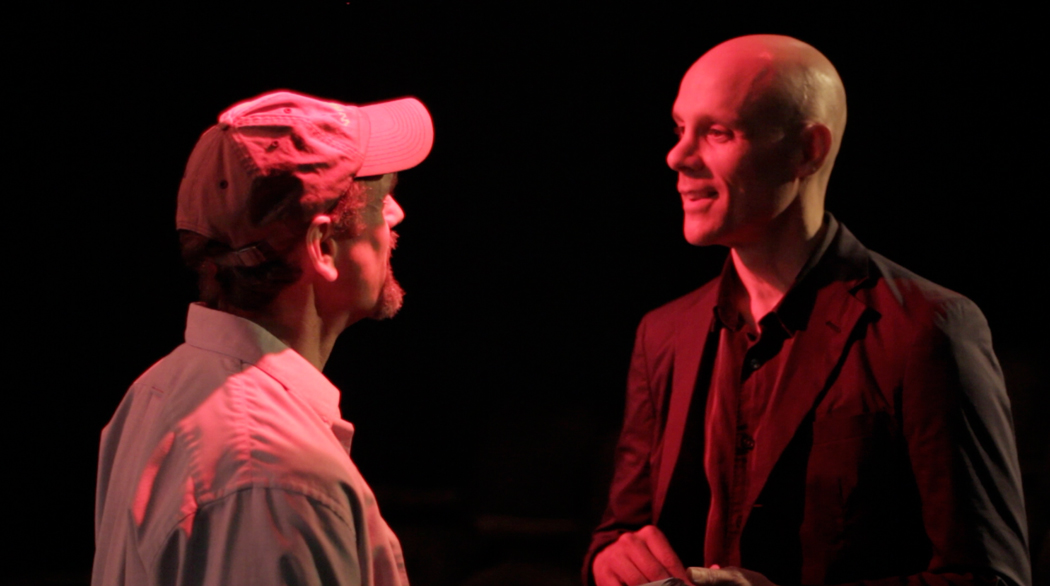 David Marantz as Carlton (aka Jim) and Don Carter as Cecil (the manager of the Comedy Club downstairs). 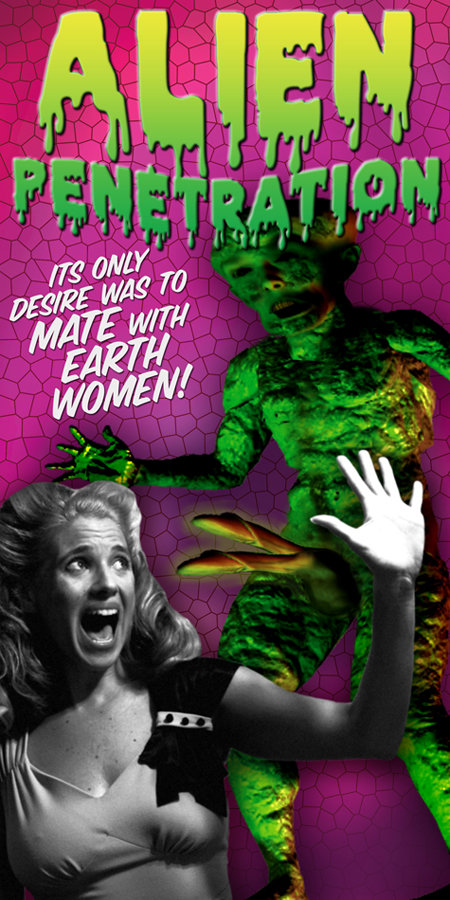 Here’s the poster on the theatre marquee that Cecil was objecting to. That’s my buddy Victoria Campbell who did the retro pose for us.