Excitement!  We began shooting today on my new webseries Off Off at Soho Playhouse.  Off Off is about 4 guys in New York City in their 40’s who run a small Off Off Broadway theater. The cast is Moi (Stephen Bittrich), David Marantz, Dan Teachout, Robert Arthur Wilson, Dennis Gagomiros, Lisa Peart, Kendal Rileigh.  Episode 101 guest stars Eve Danzeisen.  Our DP is John Painz.  Thanks to Soho Playhouse for the setting. “When you’re in your 20s, ‘starving artist’ is sexy.  When you’re in your 40s, well….” 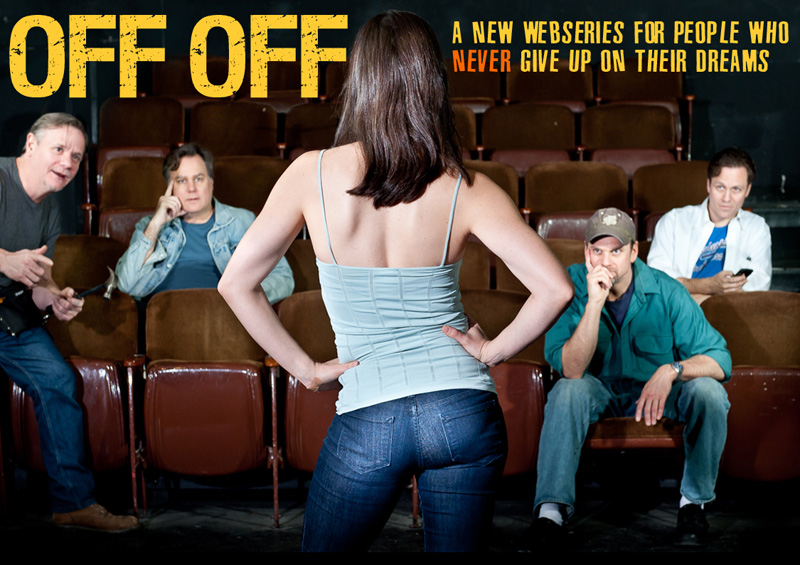 Off Off a new webseries for people who NEVER give up on their dreams.