My play, La Mouche, was performed in March by SHOBI College of Music in Tokyo, Japan at Studio Buca.  The production was directed by Lenshi Fukuyama with his students. Below is the front and back flier that was distributed for the show.  In the second picture, second from the upper left with the number 2, is the photo from La Mouche taken in the rehearsal studio.  Fun to see my name in Japanese! 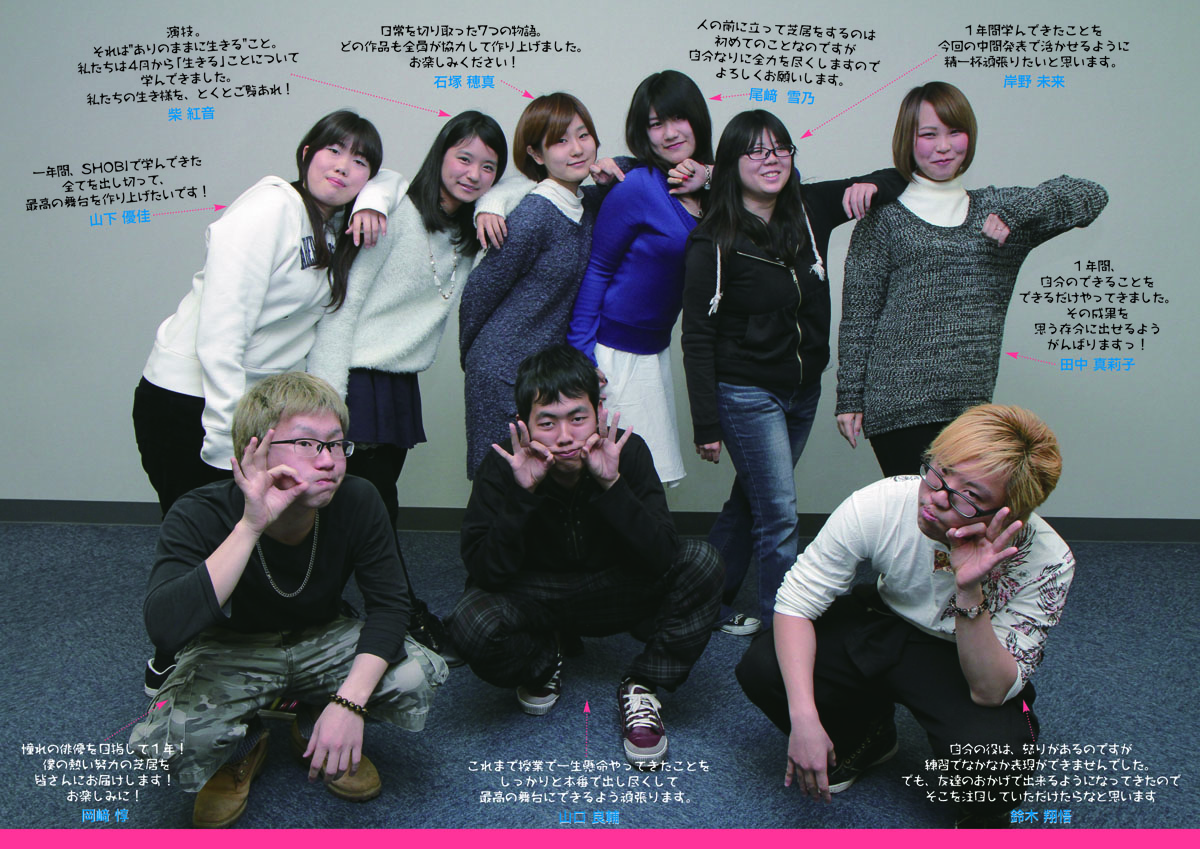 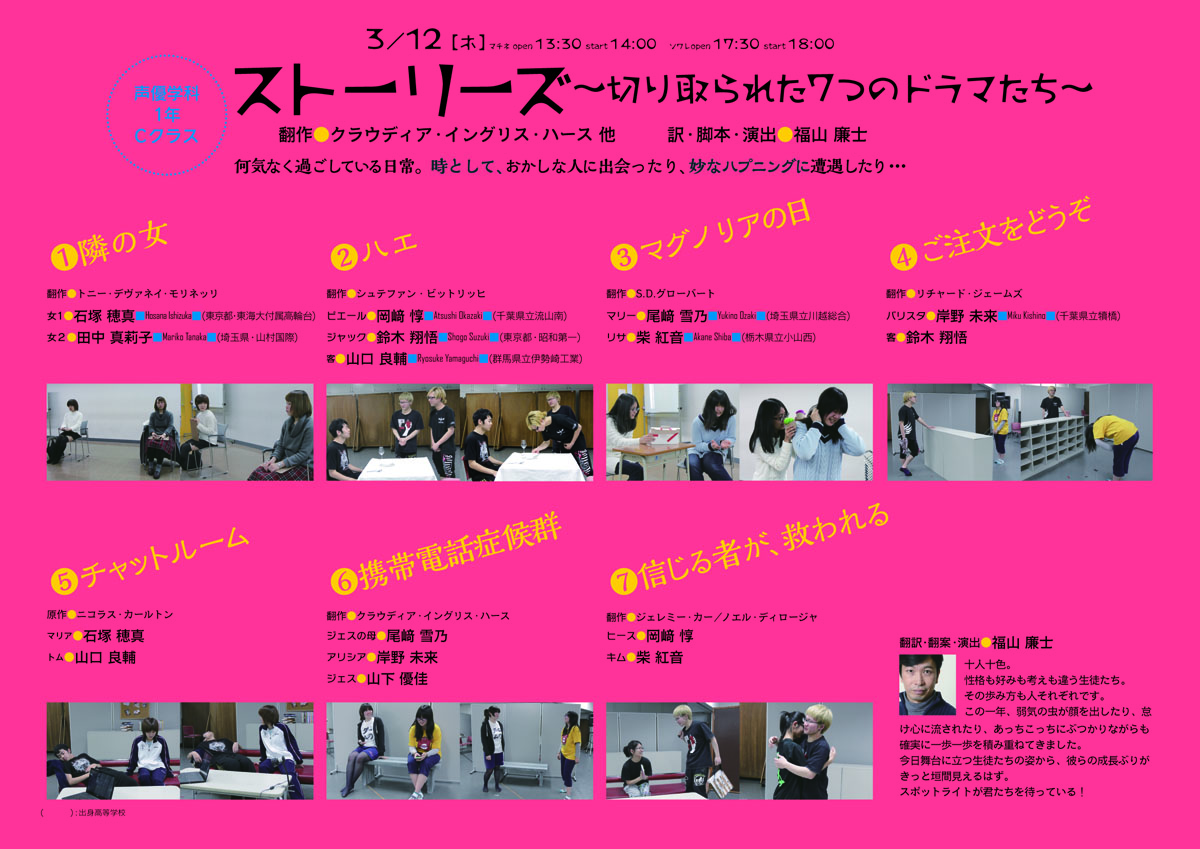 Enlargement of the bit for my show: 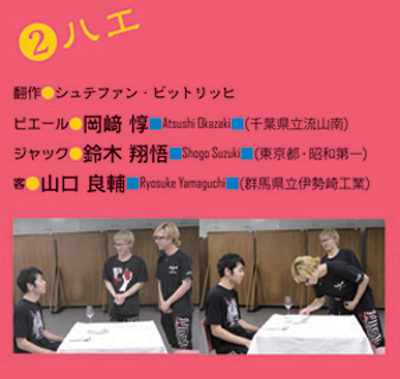