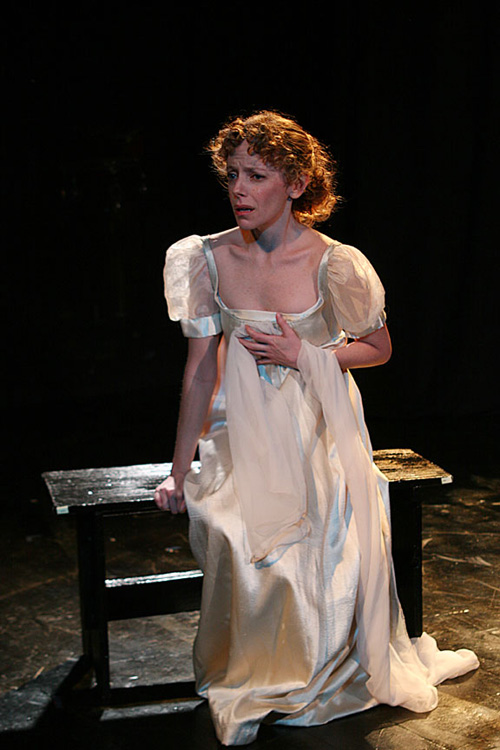 Stephanie Cozart in the one-act “The Proposal” by Stephen Bittrich

The Proposal got a nice review at NYTheatre.com:

“The most successful works here are the simplest. Brian Dykstra’s Bells and Whistles and Stephen Bittrich’s The Proposal couldn’t be more different story-wise, but both have clear points of view. In the former, Dykstra skewers covert doubletalk as several government agencies try to one-up each other in breaking an enemy code; in the latter, a marriage proposal is extended to a Jane Austen-type heroine who must choose between pragmatic comfort and societal ruin. Both writers have a definite take on the evening’s theme-Dykstra posits that national security is handled by ego-driven idiots, while Bittrich puts his protagonist’s stability squarely in her own hands-and both plays are done well by their respective directors and casts.

Directors Laura Strausfeld and Carol Halstead do good work with Bells and Whistles and The Proposal, respectively. Halstead also turns in a humorous performance in the former play, while Stephanie Cozart and Josh Foldy shine in the latter piece. And, actors Don Carter, Hamilton Clancy, Bill Green, and David Marantz all give excellent performances in several of the plays.”

The Proposal will be published in Spring, 2007 by Smith and Kraus. [Update: here is a link to purchase this play and others.]

You can also read this play for free here.  Royalties are due if you should want to perform the play.