A reading of my play in development, The Acquisition, will be presented at The Drilling Company with the following cast:

This is probably the best play I ever wrote. I hope it gets produced some day. The costume budget is a challenge.  I think the sets can be representative, but it would be great to have cool costumes. 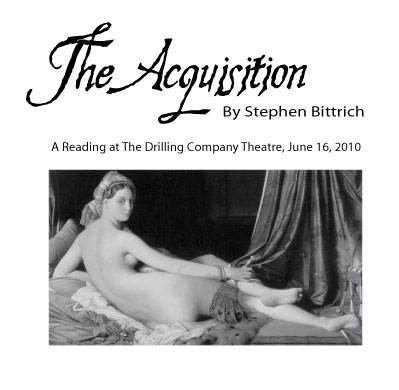